What your clients should know about cryptocurrency

Financial professionals field questions about everything from retirement planning to dealing with financial stress. Sooner or later, a client will ask you about cryptocurrency. It's a fascinating digital asset class with enough success stories to get investors interested, but it's also fraught with potential pitfalls. Here are some questions you're likely to hear and some answers that you can provide in return.

A cryptocurrency is a digital asset that only exists electronically and isn't controlled by a bank. Instead, it exists on a blockchain, which is a digital ledger duplicated across thousands of computers. The blockchain keeps track of all the transactions in that cryptocurrency. When you want to spend your cryptocurrency, you do it using a password-protected digital wallet ⁠— typically a piece of software ⁠— that you control.

The most famous cryptocurrency is Bitcoin, which was started in 2009 by an anonymous individual or group calling themselves Satoshi Nakamoto. Nakamoto disappeared, but Bitcoin continued. As it became more popular, it spawned thousands of other cryptocurrencies, including Ethereum and Dogecoin.

How do people make money from cryptocurrencies?

Some people profit from cryptocurrencies by mining them. These digital assets aren't just conjured out of thin air; it takes effort to make them. This effort typically comes from computing power. People have created entire companies to 'mine' Bitcoin using buildings filled with powerful computers and servers.

Other people trade cryptocurrencies on exchanges, which allow users to hold them in accounts ready for fast transactions. Traders seek to profit from changes in cryptocurrency pairs, much like forex speculation.

Finally, some consider cryptocurrencies a long-term investment, buying and holding them in the expectation that they will appreciate significantly in value.

A friend made millions in Bitcoin. Should I get into the market?

Make sure your clients understand that unlike a bank account, cryptocurrency accounts are not federally insured. If an exchange closes, taking your money with it, there's little you can do to get it back. This unfortunately can be quite a regular occurrence in such an unregulated marketplace.

Would-be investors should also know that while it's true that some cryptocurrencies have soared in value, they can fall just as quickly, frequently showing more volatility than the stock market. It's common for values to fluctuate by double-digit percentages overnight. Even large market cap coins tend to react sharply to news events as random and unpredictable as an Elon Musk tweet. Such assets are not for the faint-hearted, and those wanting a stable, long-term investment vehicle should proceed with caution.

Cryptocurrency security depends on how you hold it. Exchanges are responsible for keeping their accounts safe, and they suffer from frequent hacking attempts. If you hold it yourself, you'll keep the private keys to your cryptocurrency addresses in software on a computer, in a dedicated hardware wallet or stored on a piece of paper. Responsibility for that data rests entirely with you. Stories of lost passwords, discarded hard drives or theft via online scams and malware are rife.

Is a cryptocurrency safe to pay with?

Only if you're sure you know what you're doing and who you're paying. Cryptocurrency transactions are irreversible. Once you've sent the digital asset, it's gone. With traditional payments, your credit card processor can help retrieve the funds.

Cryptocurrency price fluctuations also make its value unpredictable, which is problematic when trying to use it as a store of value.

What is an ICO?

An initial coin offering (ICO) is an initial sale of a new cryptocurrency. These assets are normally created as a way to pay for online services known as distributed apps, or Dapps. You might use a cryptocurrency sold through an ICO to pay for a distributed electronic file storage service, for example.

The Securities and Exchange Commission warns that it often views ICOs as sales of securities and says that they can represent a substantial investment risk. There have been plenty of scam ICOs, and there will be more. Again, investors — especially inexperienced ones — should approach with caution.

Yes. The IRS views cryptocurrency as a form of virtual currency, which it treats as property. Its Notice 2014-21 states that those taking it as payment must account for its fair market value as part of their gross income. They must also include capital gains or losses made on the sale or exchange of virtual currency for other property.

Stories of instant fortune in the cryptocurrency market are easy to find online, but unfortunately so are scams and fly-by-night schemes. As a financial professional, you can present facts while highlighting the risks, giving clients a realistic view of this digital asset. As the voice of reason, you can identify stable strategies to support long-term goals that align with client risk profiles. 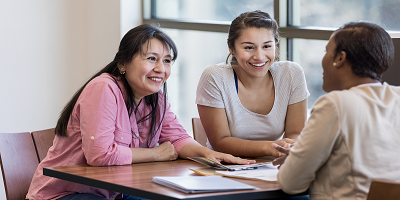 Quiz: Are your clients prepared to send their child to college? 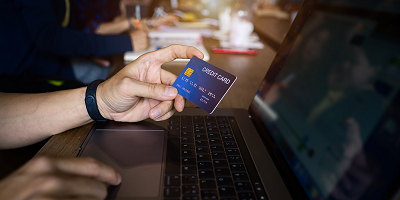 Identity theft and how to help your clients avoid it 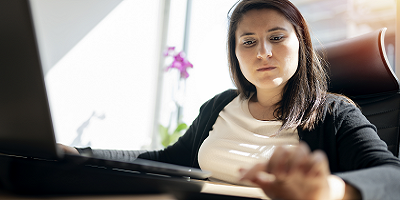 How much of my salary should I save? Here's how to answer this question for your clients