5 things to know about the Silver Economy Any individual over the age of 50 can claim their spot within what's commonly referred to as the "Silver Economy." Now spanning four generations from GI to Gen X, this cohort will also include millions of millennials by the next decade.

Members of the Silver Economy have more spending power and have accumulated more wealth than any other age group in history. Although they own 65 percent of the net worth of all US households and spend over $1.7 trillion every year on goods and services, they are often neglected by business marketing campaigns and continue to be inaccurately stereotyped as an economic burden.

As key drivers of both spending and economic growth for decades to come, your Silver Economy clients are radically redefining what it means to grow older.

Here are five things you should know in order to provide them with the best possible service:

1. They're part of a sizeable invisible workforce.

People over the age of 50 contribute billions of dollars worth of unpaid services such as caregiving for family members (this includes aging parents, ill or disabled partners and grandchildren), supporting charities and volunteering in the community. According to one analysis, the estimated value of all these services combined was $745 billion.

2. They spend more money than any other group, and will continue to do so for many decades.

Out of every dollar spent in the United States in 2018, 56 cents were spent by members of the Silver Economy. A major study found this amount is projected to grow to 61 cents of every dollar by 2050. According to the Visa Spending Momentum Index as reported by The Wall Street Journal, despite initial decreases due to the pandemic, the spending index for ages 65 and older rose above 45- to 64-year-olds in February 2022 and was just a few percentage points lower than the youngest group, which typically has the highest spending momentum.

3. They are consumers of technology and will rely on it more and as they get older.

People over 50 spent $140 billion on technology in 2018, and that spending was projected to grow to $645 billion in 2050. The significant growth in tech adoption and social media among this cohort can be attributed to their desire to stay active, connected to their communities and aging in place, as senior housing occupancy levels are now at their lowest since 2011. Technologies like autonomous vehicles and Amazon delivery are making it easier for them to have more personalized control over their lives and finances.

4. They're a key driver of luxury and health-related spending.

Silver Economy members may increasingly spending their dollars on leisure, recreation and fashion as well as medical services and procedures cancelled during the pandemic. The Future Laboratory researcher Abi Buller, told Courier magazine in 2020 that senior spending on fashion will increase by $14 billion in the next 20 years, claiming, 'This group has more time and more money than their younger counterparts."

5. They're most likely to be self-employed or to pursue entrepreneurship in some form.

Many of your clients may be thinking about a second-act career, as they look toward a future without dependents, mortgages or nine-to-five schedules. These conditions are often prime for fostering innovative thinking and entrepreneurship. In 2018, adults between the ages of 55 to 64 made up a quarter of all new entrepreneurs, which was more than any other age group.

As you prepare to increase your number of clients from the Silver Economy, be mindful of current attitudes and stereotypes about aging and the need for them to change to reflect current reality. Thanks to longer life expectancy, improved connectivity and better health, your older clients are contributing to communities and fueling economic growth well past the traditional age of retirement, making them an exceptionally lucrative market for you to tap into — now and beyond.

Have clients struggling with aging? Learn how you can help. 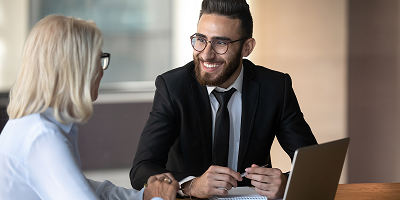 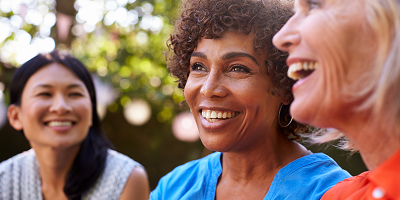 How to help your clients cope with aging 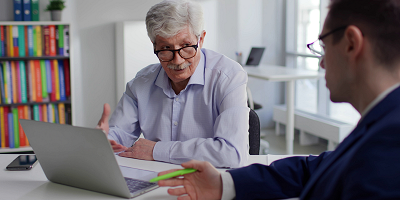